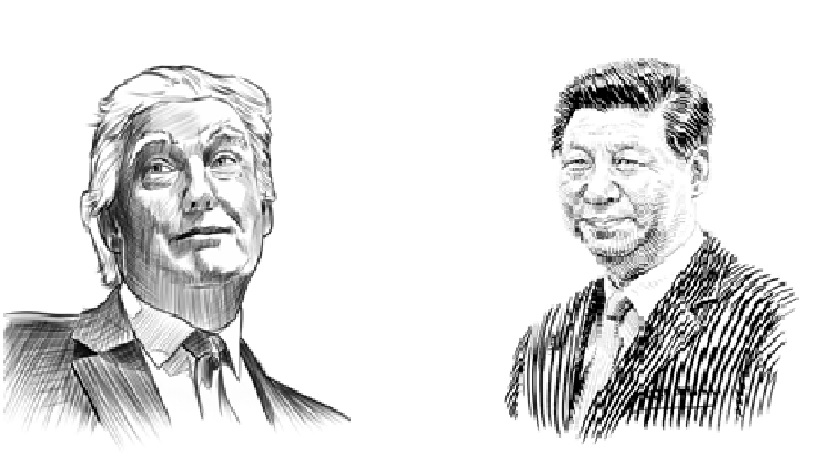 In what many experts describe as a game of chicken, the world’s two largest economies are going head-to-head on a war of words that can spiral into a devastating trade war.

As the global economy and financial markets watch the rhetoric in fear, some of the leading investments banks on Wall Street such as JP Morgan and UBS maintain that the likelihood of a trade war is low.

Moving towards a tit-for-tat trade skirmish

In April 2018, president Trump announced plans to impose a 25% tariff on as many as 1300 Chinese exports, ranging from electronics to footwear.

In response, it only took China one day to unveil a list of American goods it plans on hitting with an identical 25% tariff, including key US exports such as cars and soybeans.

Interestingly, China is targeting $50billion worth of its adversary’s exports, a figure that is identical to the sum of Chinese exports targeted by the US.

Robert Carnell, chief economist at ING Asia Pacific, believes that it is almost certain that a US tariff on Chinese goods will be met with tit-for-tat retaliation and vice versa – as implied by China’s swift and mirror-like responses.

Subsequent threat of announcing “hit lists” worth $100billion or more presents a dilemma for China:  It is running out of US imports to impose its tariffs on.

Despite ominous signs that a trade war is on the horizon, many of the leading investment banks around the world remain hopeful that disaster will be averted.

While Bloomberg acknowledges that a trade war would bring about negative consequences on the two countries’ outputs, it believes that both economies are strong enough to take a hit from a trade war – provided it remains contained.

A large-scale trade war between the two economic giants, however, would inevitably spell disaster for both countries’ economies due to heavy US-China economic interdependence. As such, analysts have painted a dark picture should a trade war occur:

Japanese foreign minister Kono warns that a trade war would have far reaching regional and global repercussions, a view shared by banks and financial institutions: 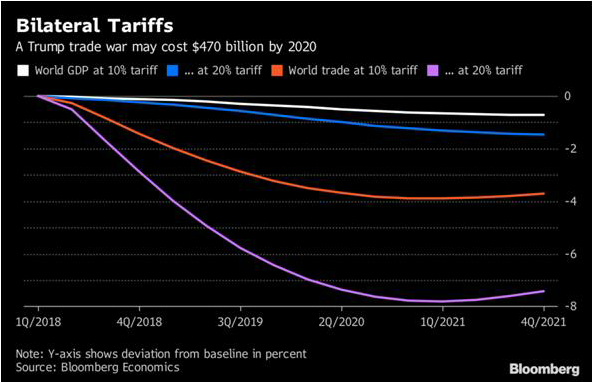 At times, financial markets have reacted to nothing more than statements by US and Chinese officials. As officials from both countries released conciliatory statements, stock prices have surged in response to the relieving news – highlighting the financial market’s sensitivity to the war of words.

Several Banks have readjusted their USD-CNY forecasts in April 2018:

These trade war scenarios are coded into tryout.hedgespa.com as well as our professional platform.  Please contact salesnsupport@hedgespa,com to request a trial.